Check availability and get a price

10 Nautical Cocktails to add to your sailing holiday

We’ve pulled together some scrumptious and fun cocktails to add a little zig to your sailing holiday.

Nothing says holiday like cocktails. After a day of sailing and exploring tropical islands, surprise your crew with these nautical-themed cocktails as you watch the sun go down.

From a classic Gimlet using Navy Strength Gin to a more modern and hilariously named, Sex with the Captain – these cocktails will get everyone on board chuckling and appreciating their bareboating experience just that little bit more.

And remember, if you're planning to add cocktails to your sailing holiday menu, remember to pack your cocktail shaker and a hand juicer. 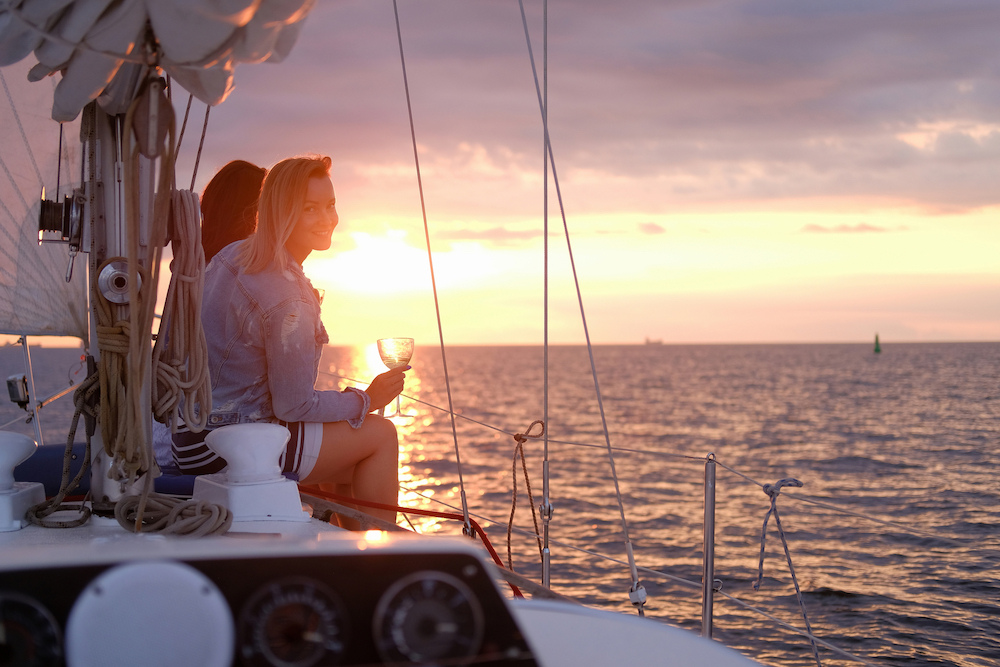 10 Cocktails for your Sailing Holiday

It's incredible how many nautical cocktail recipes there are. But further digging will show that it's not that surprising since the old seafaring days were fueled on rum & gin!

Not every cocktail has a story behind it, but the ones that do are pretty interesting. We've added a few historical cocktail points to this post.

A Blue Hawaii is typically served on the rocks. Many tropical cocktails have preparation variations, often being blended with ice with lavish presentation. As the recipes in this post are for sailing holidays, we will keep it simple.

History of the Blue Hawaii Cocktail

The Blue Hawaiian cocktail was invented in 1957 by the famous head bartender of the Hilton Hawaiian Village in Waikiki, Harry Yee.

Unromantically, the reason behind the drink's creation was a marketing ploy! A sales rep asked Harry to create a drink featuring the blue colour of Curacao liqueur.

"Blue Hawaii" comes from a song in the famous 1937 film Waikiki Wedding, although many people think the drink's name comes from the Elvis Presley movie of the same name. 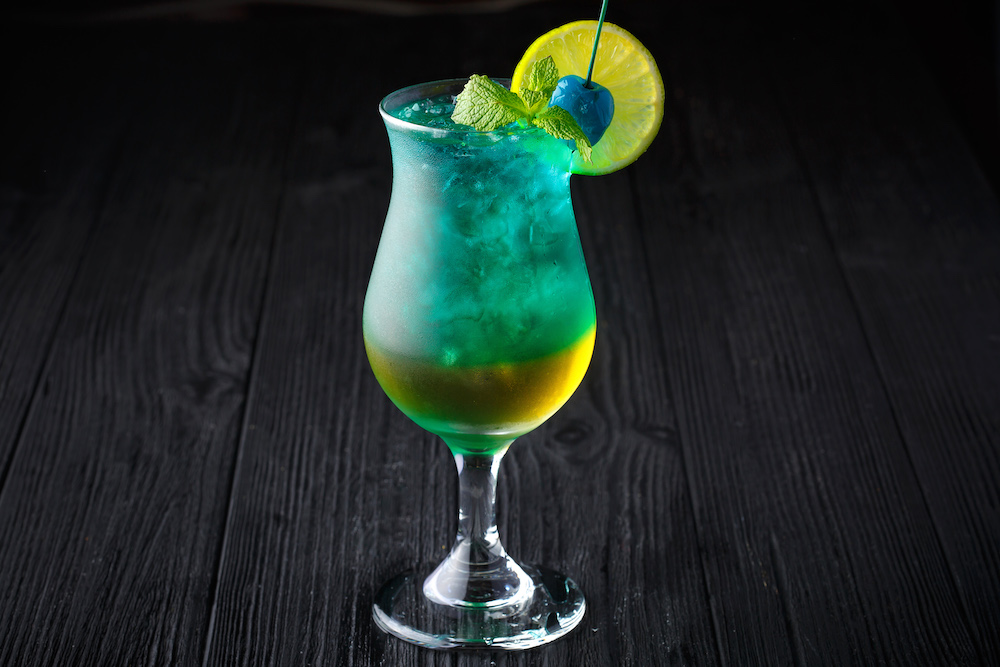 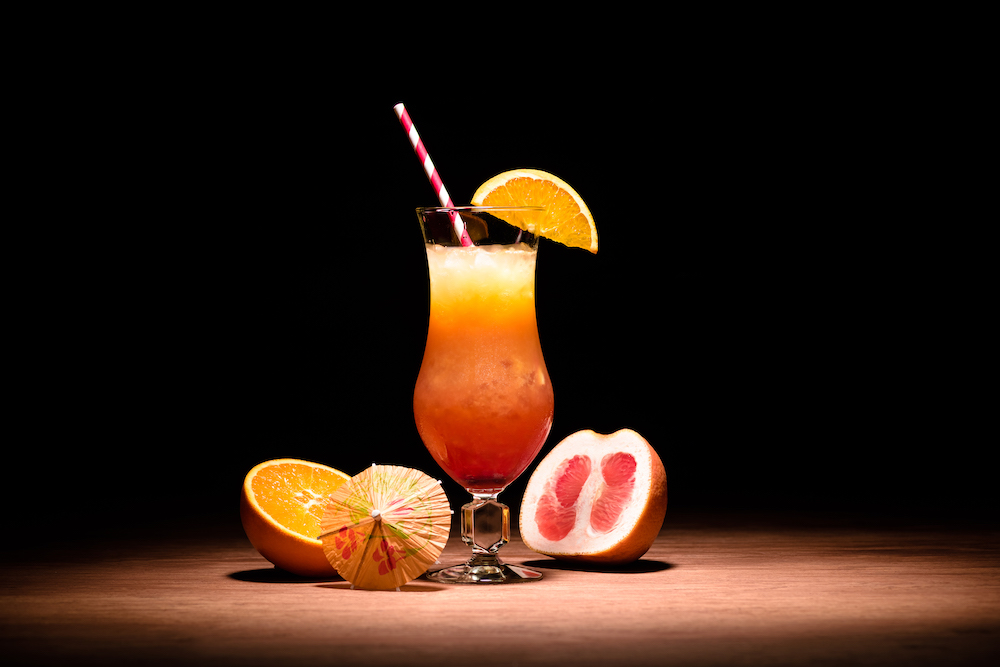 History of the Gimlet

The Gimlet makes it to our nautical themed cocktail list because it was promoted and drunk by British officers in the 19th century.

Some cite Rear-Admiral Sir Thomas Desmond Gimlette as the namesake of the gimlet. Acting as a doctor to sailors, he is said to have administered gin with lime as an anti-scurvy medication. 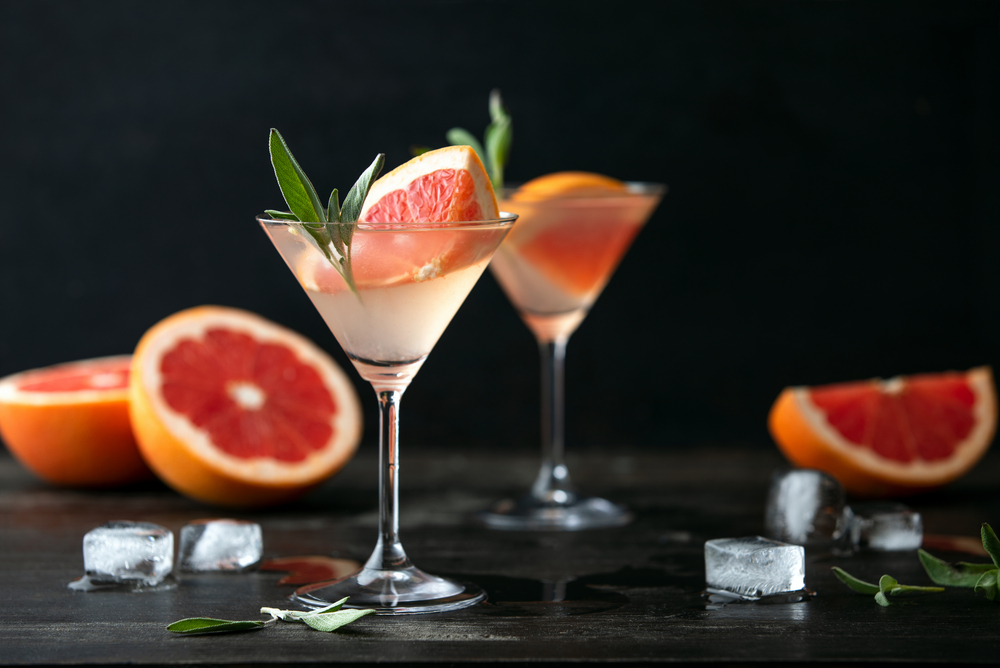 History of the Sea Breeze cocktail

The Sea Breeze cocktail was originally created towards to end of the Prohibition era in 1920 using gin and grenadine. It has since had several re-inventions, from gin with apricot brandy, grenadine and lemon juice to vodka, dry vermouth, Galliano and Blue Curacao to today’s vodka, cranberry and grapefruit juice concoction.

Cranberry juice was promoted as a mixer in the 50s as a marketing ploy by the cranberry growers cooperative. The Harpoon cocktail was first created (cranberry, vodka & lime), and then its descendants, such as the Greyhound, the Salty Dog, the Bay Breeze, and the Sea Breeze were born.

In the 1960s, the “breeze drinks” were in the top ten most fashionable mixed drinks. 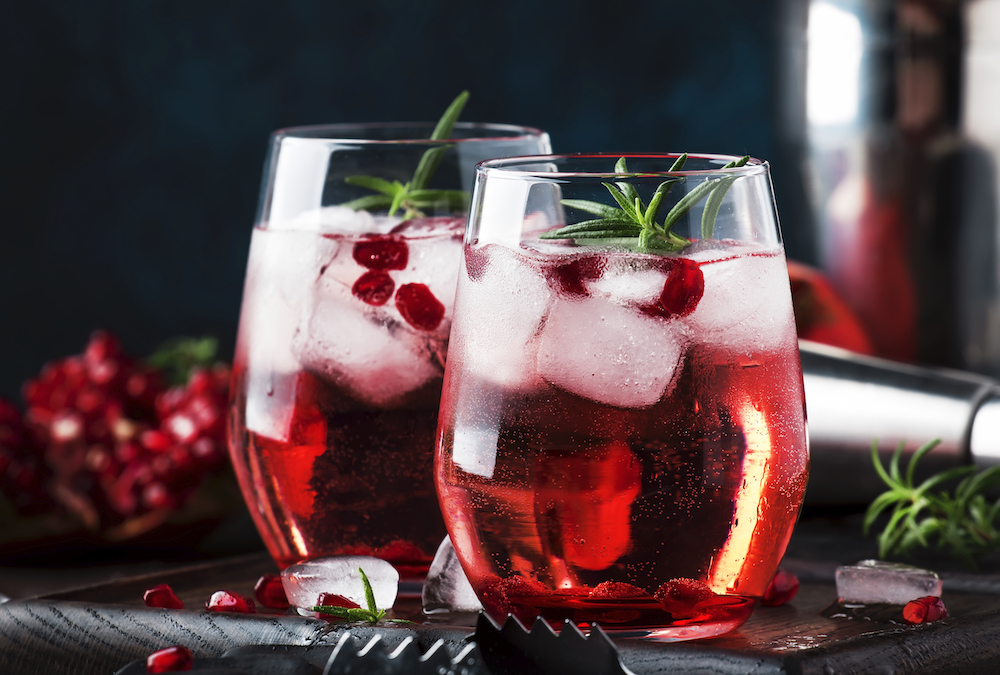 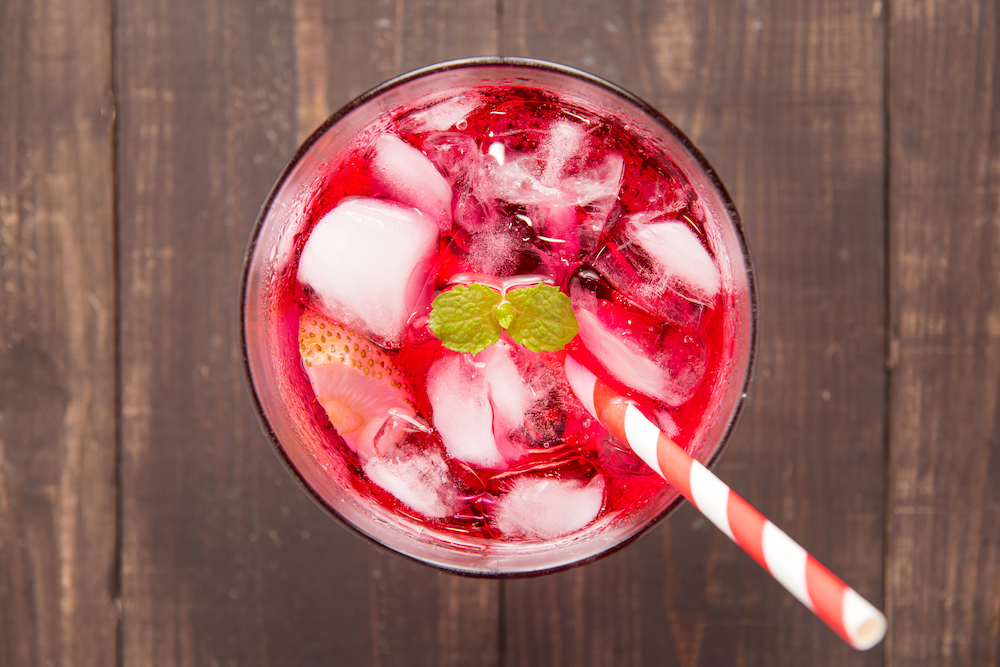 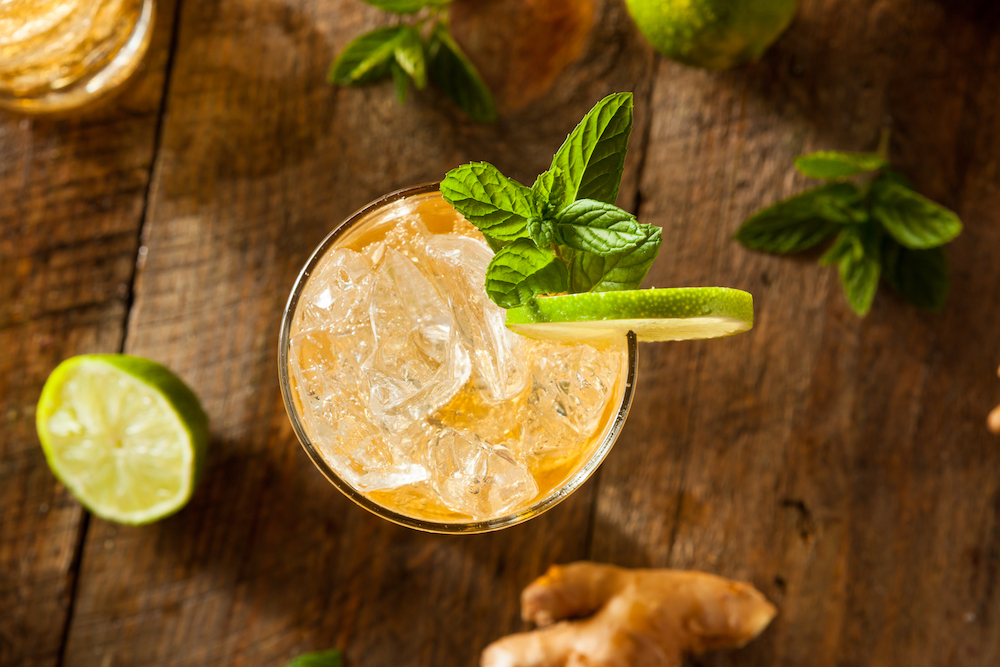 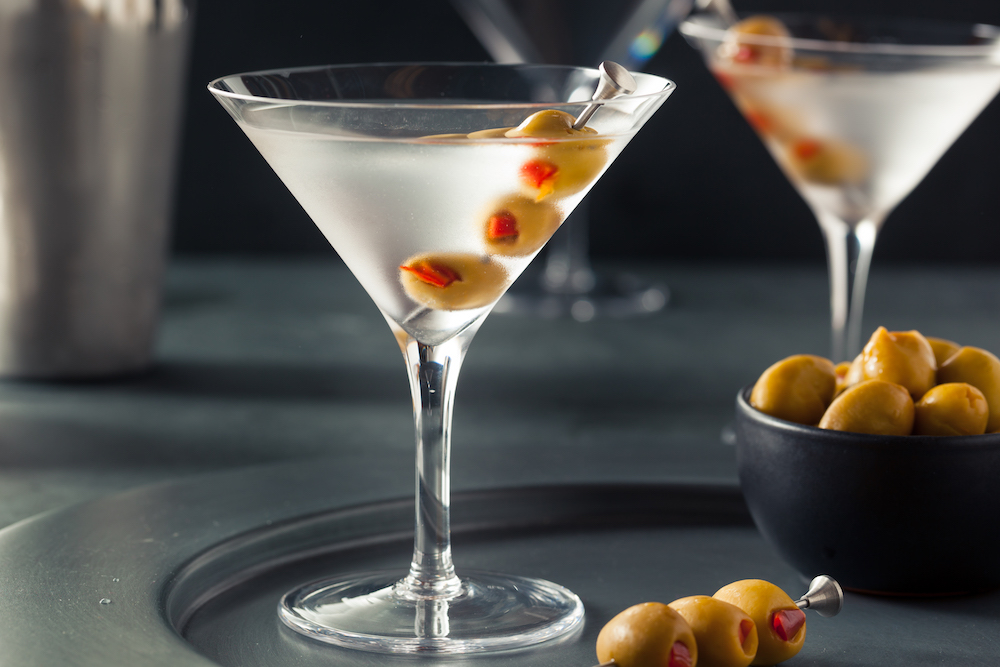 Note:  If you don’t care for rum, try a Moscow Mule.  Just switch out the rum for vodka.

History of the Dark and Stormy

In the spring of 1806, James Gosling, the oldest son of wine and spirits merchant William Gosling, set out from Gravesend (Kent) England on the ship Mercury bound for America. But after 91 days on the sea, the charter expired and the ship put in at the nearest port, St. George’s, Bermuda.

By 1860 the Goslings created their branded dark rum – Black Seal. They didn’t call it Black Seal at first, in fact, up until the First World War it was sold from a barrel. People just brought in their old bottles for a fill-up, a fill up of old rum. Eventually, though, the black rum was sold in champagne bottles reclaimed from the British officer’s mess and the corks were sealed with black sealing wax. Pretty soon people began to ask for Black Seal.

So the story goes sometime after World War 1, the Dark ‘n Stormy was born. It has its origins in a Ginger Beer factory that was run by the Royal Naval Officer’s Club. The sailors soon discovered that a hefty splash of the local Gosling’s Black Seal rum was a great addition to the Ginger Beer.

As for the name the Dark ‘n Stormy, it was coined by a sailor who, while enjoying the cocktail, commented that it was the “color of a cloud only a fool or a dead man would sail under”. 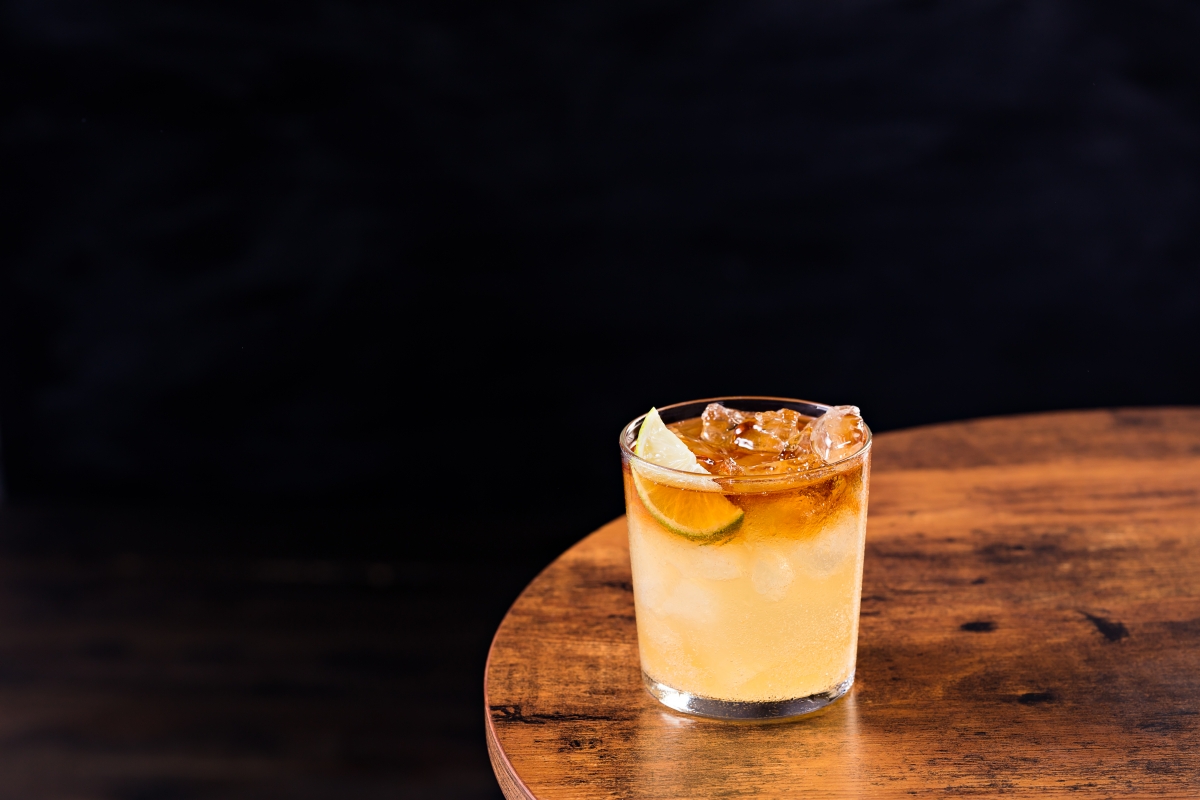 This Guardian Article, a rum tale about the navy's favourite drink, is a great read. It covers why booze is grog, where rum gets its name and lots of info about drunken sailors - the inspiration for Sailor Cocktails! 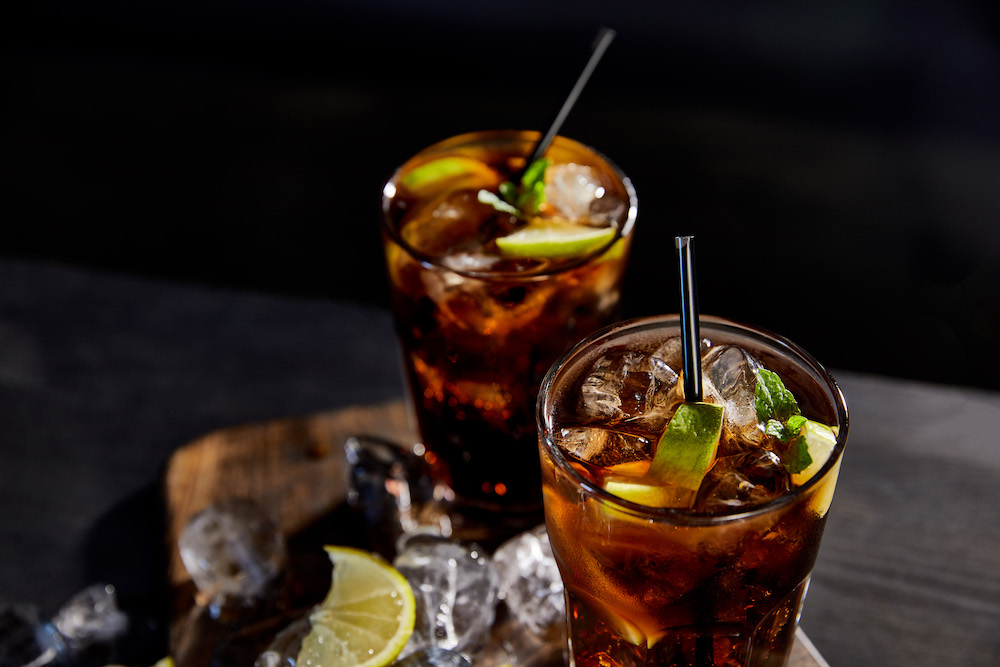 Sex with the Captain

Who was Captain Morgan?

The man, Captain Morgan (Sir Henry Morgan) was born in Wales, 1635. He was a pirate hired by the government to protect British colonial interests, a position known as a privateer. Captain Morgan was appointed to the Caribbean where he attacked Spanish ships and settlements on behalf of the Queen. He had a reputation for being ruthless and destructive, even for a pirate.

The Captain Morgan illustration on the rum label is based on the 17th-century Captain, however, Morgan had no connection to Captain Morgan Rum, which started in the 1940's. The brand Captain Morgan was founded in 1943 by a company called Seagram’s, which bought the right to create a spiced rum from a Jamaican pharmacy.